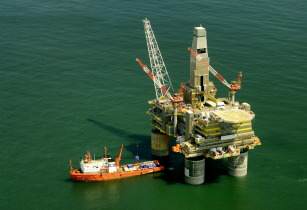 The event, in joint venture (JV) with ITE Group Plc is being conducted by Global Pacific & Partners and will address key oil and gas issues affecting the continent by engaging senior industry delegates in a range of networking events.

Africa Oil Week is the landmark corporate occasion for the continent – a meeting with global reputation and one of few top world-class events held annually at a continental-level in the world’s E&P industry calendar.

The 13th Africa Independents Forum is expected to take place alongside the 17th Scramble for Africa Strategy Briefing on 26 October 2015, followed by the 71st PetroAfricanus Dinner in Africa and the traditional ice-breaker cocktail reception for Africa Oil Week.

Organisers have stated that there would be presentations made by field experts, and these would be attended by senior executives. The event will also create a business-conducive atmosphere by allowing deals to flourish between representatives of various companies.

The Africa Oil Week/Africa Upstream Conference 2015 will also honour the best and brightest companies of the year with the Big Five Board Awards. Participants can expect sessions on energy finance and exploration technologies, where they can get the industry lowdown from the experts themselves. A few highlights include the 5th Global Women Petroleum & Energy Club Business Luncheon, the 3rd Africa Hydrocarbon Arguments Discourse and the 20th Anniversary African Institute of Petroleum Breakfast.

Oil majors such as Total and Eni will host industry breakfast meets, which allow for a more informal setting to discuss pressing issues in the oil and gas industry.

Attendees can expect a welcome break from three days of brainstorming through a yacht reception organised by Pluspetrol, cocktails and dinners, an Africa World Cup reception hosted by the South African Rugby Musuem and finally, a traditional Braai-BBQ by the Grand Africa Beach Cafe.

Organisers added that conference bookings are already being secured, with only a few sponsor positions and exhibition booths remaining.