Africa Independents Forum returns to London in May 2015 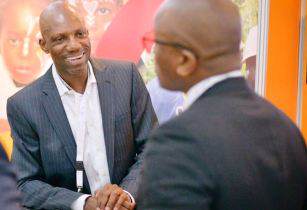 The 12th Africa Independents Forum will be hosted at the Waldorf Hilton on 27 May 2015, along with the 69th PetroAfricanus Reception, in London

According to the organisers, the Africa Independents Forum focuses on new and fast-growing corporate players in Africa with acreage and assets held in the Gulf of Guinea, northwest Africa (Maghreb), North Africa, eastern and southern Africa, and in several landlocked and emerging littoral frontier states.

The forum will also include events namely 8th African National Oil Companies on 26 May, 3rd Global Women In Africa: Business Luncheon and 69th PetroAfricanus Reception on 27 May.

The 8th African National Oil Companies: Strategy Briefing, which will be held a day earlier, is based on over 30 years of oil and gas knowledge, and extensive research in and across Africa. Presentations will be made by Duncan Clarke, chairman of the Board, Global Pacific & Partners.