The world must wake up to the blind spots plaguing O&G demand, says Amin Nasser 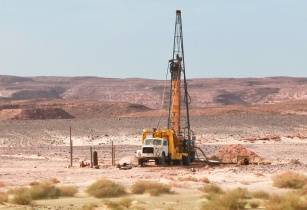 Aramco President and CEO Amin H Nasser highlighted the need for a credible energy transition plan, as he delivered a keynote speech at the Schlumberger Digital Forum in Lucerne, Switzerland

During the event, he stressed the importance of achieving a new global consensus on the way forward, and outlined three strategic pillars that should be central to the response. Those are:

*Recognition by policymakers and other stakeholders that supplies of ample and affordable conventional energy are still required over the long term.

*Further reductions in the carbon footprint of conventional energy, and greater efficiency of energy use, with technology enabling both.

Highlighting the consequences of a flawed transition plan, Nasser said, “When you shame oil and gas investors, dismantle oil- and coal-fired power plants, fail to diversify energy supplies (especially gas), oppose LNG receiving terminals, and reject nuclear power, your transition plan had better be right.    Instead, as this crisis has shown, the plan was just a chain of sandcastles that waves of reality have washed away. And billions around the world now face the energy access and cost of living consequences that are likely to be severe and prolonged.”

On the importance of greater investment in the oil and gas sector, he said, “A fear factor is still causing the critical oil and gas investments in large, long-term projects to shrink. And this situation is not being helped by overly short-term demand factors dominating the debate. Even with strong economic headwinds, global oil demand is still fairly healthy today. But when the global economy recovers, we can expect demand to rebound further, eliminating the little spare oil production capacity out there. And by the time the world wakes up to these blind spots, it may be too late to change course. That is why I am seriously concerned.”

Nasser also emphasised on the need for global unity behind a credible new energy transition plan.