Sudan is positioned for another boom, says energy minister 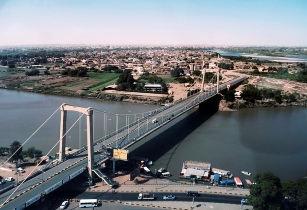 Sudan is ready to take off and experience a ‘second boom’ after years of war and US economic and financial sanctions, says Azhari Abdalla Abdelgader, minister of petroleum and gas

On the verge of having the USA embargo removed, the minister announced on 6 November during the 25th Africa Oil Week that the first oil field has come back on stream following an agreement with his counterpart minister in South Sudan.

Sudan's oil production has decreased to 75,000bpd from 500,000bpd after South Sudan gained independence in 2011, taking with it 75 per cent of the country's oil resources.

But with the imminent lifting of sanctions, both governments have now agreed to put on stream oil fields which have been left idle since the civil war ravaged the country over the past five years.

Abdelgader said, “We put the first field back on stream in August, with 100 per cent resources from the two countries. Our future is a lot brighter now and plans are in place. The embargo is about to be lifted from Sudan.”

“Oil fields from South Sudan have started to flow to the systems and facilities of Sudan and oil prices have started to pick up. All reasons are in place for Sudan to take off and experience a second boom and this is an open invitation to all who are interested," he added.

He further added, “It will be stability, understanding, vision and determination to really live in peace which will make people prosper overall.”

The economic, trade and financial sanctions were imposed on Sudan in the nineties after the country was designated a state sponsor of terrorism.