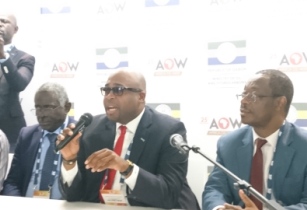 Gabon has slashed corporate tax to zero per cent in a bid to attract new investors, the oil ministry has announced

Speaking at Africa Oil Week on 7 November Pascal Houangni Ambouroue, Minister for Oil and Gas spoke about the huge tax relief after the country officially opened the 12th offshore licensing round at the Cape Town event.

He said the new hydrocarbon code, which will be ratified next month, would be advantageous to IOCs interested in investing in offshore and onshore in the country.

Ambouroue said, “We have changed the hydrocarbon code to attract new investors. It is more flexible and there is less tax in general.”

Among the concessions include a zero per cent corporate tax, reduced from 35 per cent, and changes to royalty rates from 13 to seven per cent to win new business. Royalties for oil will be five per cent and two per cent for gas.

He added that Gabon’s new code would follow best practices and that protected areas would be exempt from exploration activities.