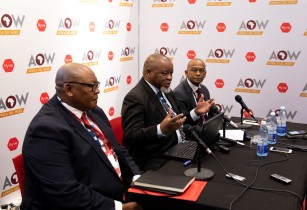 The West African nation, also known as the world’s largest producer and exporter of cocoa, released five blocks that they were seeking expressions of interest in.

The three new blocks, CI-800, CI-801 and CI-802, along with existing blocks CI-102 and CI-503, benefit from shallow waters, good geological data and are adjacent to existing discoveries and the proximity of infrastructures. Although the bulk of the nation’s prospects are in the shallow water of less than 200 m water depth, since 2011, 47 exploration licences have been granted by Côte d’Ivoire including four blocks in water depths exceeding 3000 m.

The Côte d’Ivoire sedimentary basin is a passive transform margin that lies along the west coast of Africa, from Liberia to Ghana. Oil and gas activities began in the late Fifties with the discovery of bituminous sands in the Southeastern coastal basin. By the end of last year, almost 70,000 km of 2D seismic along with more than 92,000 sq km of 3D seismic had been acquired with 280 wells drilled.

Several oil and gas deposits have been discovered including Espoir, Baobab, Foxtrot, Marlin, Manta, Mahi. Lion and Panthere, with most of them now in production. This year’s average production is estimated to be around 34,800 bopd for crude oil and 208 mmcfd for natural gas.

Jean Baptiste Aka, chief of Staff at Ministry of Petroleum, Energy & Renewable Energy, Côte d’Ivoire, said, “On the part of the ministry in charge of petroleum and energy side, we want to capitalise on our geographic position and the quality of infrastructures to become the energy hub of the West African subregion.”

“It is our plan that this position will cover all the value chain of the oil and gas industry from upstream exploration and production to downstream activities including the development of oil and gas infrastructures.

“For the upstream sector, intense exploration activities have been conducted during the past nine years with many exploration licenses being granted, large seismic data acquired, and many exploration wells drilled,” Aka added. “In the country there are four producing blocks with an output of around 38,000 bopd of crude oil and 213 mmscfd of natural gas, mainly consumed locally in power plants and with growing demand.”

Benefitting from a stable regulatory and fiscal regime

Ambroise Niamien, technical advisor for hydrocarbons, at Côte d’Ivoire’s hydrocarbon directorate explained that the process for interested parties is clear and transparent. “We picked those five blocks for obvious reasons and companies are invited to come in, look at the data and express an interest in those blogs,” he said. “Based on the feedback we get in the terms of proposals that are submitted we will decide the next course of action.

“For now, we are not talking about bidding. Within a couple of months of the conclusion of the expression of interest process, we will decide what route to take. It may be to hold some further discussions depending on the interest in any given block. The first stage is to collect the interest of any operator that may be interested in those blocks. Each operator will have one day’s access to the data free of charge and if they want to proceed, they must express their interest. But we want to be flexible. This is a new approach for Côte d’Ivoire, we do not want to tie our hands in a bidding process.”

As for any fiscal and regulatory arrangements, Aka added that Côte d’Ivoire has a fiscal regime which is stable. “We have a particular code, and there is no intention to change that fiscal regime. The fiscal regime is based upon production sharing contracts, as you know, in production sharing contracts, once the capital is recovered by the operator then the remainder of the production is split on the terms which are negotiated in the PSC between the consortium and the state. We also have tax exemptions to encourage oil and gas companies to explore and produce,”