Congo license round 2016 on track for March 2017 appraisal 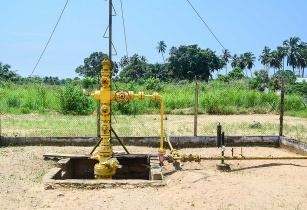 The 2016 license round was announced in October last year with online registration for interested companies opening the following month. From 15 October 2016, tender documents became available and the closing date for submission of offers is 31 January 2017. It is expected that by the end of March, bids will have been appraised and results announced. Congo has been an oil-producing country since 1960.

In readiness for this licensing round, Congo's new petroleum code was ratified on 12 October this year.

Serge Ndeko, director-general of hydrocarbons for the Department of Mines and Energy, told the conference that the new code along with the new licensing round will create more competition, improve local content and create sustainable partnerships that will be a "win-win" for all stakeholders.

In terms of boosting local content, the focus will be on using local workers and contractors mostly in low-risk projects, while partnerships will be imperative for higher risk projects, with the aim of training more Congolese people to work along the entire value chain.