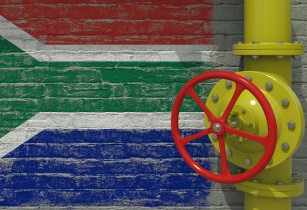 Africa’s gas sector presents an enormous opportunity for developed nations to diversify their energy suppliers in the face of European instability, while still meeting their environmental responsibilities

Investment in Africa’s energy industry would help developed nations, improve their energy security at little cost to the environment while complying with all their ESG requirements, he said.

Brown said that gas is significantly less carbon intensive than coal, producing only 202 kg of CO2 per MWh, compared to 354 kg/MWh for coal. He quoted a statement by the Mo Ibrahim Foundation that says, “If the whole of sub-Saharan Africa (minus South Africa) were to triple its electricity consumption using entirely gas, it would only add 0.6% to global carbon emissions.” Seplat Energy is a leading provider of gas for power in Nigeria.

Brown’s statements come against the backdrop of the ongoing war in Ukraine and the recent damage to the Nordstream gas pipeline between Russia and Europe. “We must become independent from Russian oil, coal and gas,” European Commission president Ursula von der Leyen said earlier this year. “We need to act now to mitigate the impact of rising energy prices, diversify our gas supply for next winter and accelerate clean energy transition."

Brown said that, from a Nigerian perspective, improved energy partnerships between the country and the West would boost the economy and drive development, while providing industrialised nations with more affordable and reliable energy.

“It’s a win-win for everybody,” he said. “Using gas is also far less damaging than going back to coal, as some European nations are doing.” Austria and Germany both recently announced plans to reopen coal-fired power stations in response to energy insecurity.

“By embracing African gas, developed nations can reduce the impacts of the upheaval in Europe by diversifying their suppliers and sources, while still mitigating the existential threat from climate change,” said Brown.