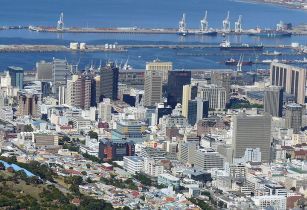 The organiser of this year's Africa Oil Week, which is being held from 25-29 November in South Africa, has added an extra 10 stands to cope with increased exhibitor demand

Global Pacific & Partners, which is hosting the exhibition at the Cape Town International Convention Centre, announced that it was increasing the number of exhibitor stands as the original allocation of 123 was almost sold out.

Delegate places are also being secured at a high rate, with 950 attendees already confirmed.

The conference will feature parallel sessions, corporate and investor showcases and the annual awards.

Another highlight of Africa Oil Week will include the 15th Scramble For Africa: Strategy Briefing, a highly intensive briefing lasting eight hours and featuring presentations on corporate and government strategy from Dr Duncan Clarke (chairman and CEO of Global Pacific & Partners).

The 10th Africa Independents Forum and Conference will take place on 26 November and Africa Oil Week will also host the 54th PetroAfricanus Dinner in Africa. The dinner will feature guest speaker, Tim O’Hanlon, vice-president for African business at Tullow Oil.