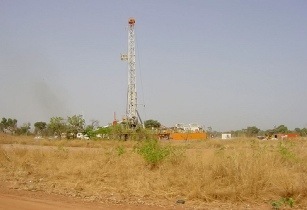 Farid stated that large oil companies had, in the past, been unable to act quickly on falling oil prices unless they had all the correct data at their disposal.

"If you go back to the financial crisis of 2008 when oil prices dropped from US$147 a barrel down to about US$43, at that time and for more than six months after a lot of oil companies were still operating at a cost level of about $80 per barrel. Therefore, within the course of three to four months, companies went from generating huge profits from their operations to making great losses," he commented.

According to Oracle study, 22 per cent (equivalent to US$103.6mn) of average annual revenues were being lost as a result of companies not being able to fully leverage the information they collect.

Among the executives interviewed by Oracle, 32 per cent claimed that their number one management gripe was their inability to give business managers access to the information they need, due to their reliance on IT.

While Oracle spoke to US- and Canadian-based companies for the study, Farid said that Middle Eastern- and African-based NOCs and private companies were facing a "slightly different situation".

"This is due to the fact that their maturity level in terms of data collected smart technology is somewhat slower than that of the US and Canada," he remarked.

"Having said that, the operations of these companies in Africa and the Middle East have been expanding and the complexity of their oil operations is increasing – whether it is a deep water operations or dealing with declining reserves.

"The move towards ultimation and more data required is happening as we speak," he added. "You can see that clearly in Kuwait, for instance, where it is investing heavily in smart technology; ADCO in Abu Dhabi is doing exactly the same."

Farid said that one advantage evident from the study was that the region's oil companies would be able to learn from the mistakes made by their Canadian and US counterparts.

"Look at the calendar of activities and events in the Middle East over the last 18 months and you will find oil companies such as Saudi Aramco, for example, initiating specific conferences and activities regarding data management, and we have been inviting companies such as Shell, Statoil, and BP to these events in order for companies to learn from them," Farid noted.