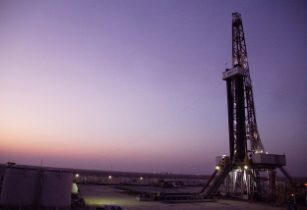 A survey undertaken by Oracle Corporation has revealed that close to 50 per cent of oil and gas executives have, in the past few years, been making decisions based on data they do not trust

The speed with which more and more data has become readily available to decision makers within the global oil and gas sector has moved faster than rational decision making would allow, according to Hossam Farid, vice president - oil and gas industry unit at Oracle.

Speaking to Oil Review Africa, Farid said that the amount of data accumulated by North American-based oil and gas companies – many who have operations in the Middle East and Africa – has, over the last five years, undergone "exponential growth" and a "sudden increase" making data management difficult for companies within the sector to deal with.

Farid said that over the last 10 years, a lot of oil companies had initiated digital oil fields in order to utilise smart technology, which has led to the collection of an "unmanageable amount of data".

"These firms are now struggling to close the gap between their execution capability and their data collection figures," noted Farid.

In the company's 2012 report, Vertically Challenged IT: Is Business Insight Coming Up Short?, Oracle revealed that 27 per cent of the oil and gas executives interviewed for the six-year-long study gave their organisations a ‘D’ or ‘F’ grade for their company's preparedness for a data deluge.

"This figure was a great surprise," Farid remarked. "Oil companies were traditionally on top of technology in terms of data management, but to get ‘D’ or ‘F’ from almost one third of the companies is staggering to us, because we expected it to be closer to 13 per cent."

"Close to 50 per cent of the people we spoke to said that they did not have the data required to be able to make rational decisions," Farid revealed. "Companies have been complaining that they have been making decisions based upon data that they do not even trust. This is staggering when you consider that business intelligence has been around for at least 15 years."

Farid added that 74 per cent of the survey's respondents said that their companies were now collecting more business information and data than they were two years ago, while 96 per cent said that there has also been an increase in technical data collection over the same period.

"If you look at the upstream exploration production sector, many of the super majors are today managing approximately 10 petabytes of upstream data every year, with an annual 40 per cent increase," Farid explained.

"Most importantly companies are realising they are losing money, because of their inability to focus on all their data."