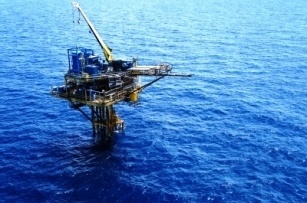 The measure will be expected to generate more revenue for the government and aid in oil exploration and production activities in the oil field.

The plant, when completed, will enable the Jubilee partners to use the treated water for their operations instead of importing them from Ghana’s neighbour, Côte d'Ivoire.

Ghanaian water resource minister Alhaji Collins Dauda announced the move last week during a one-day duty tour to inspect water plants in the western region, according to a report from the Ghana News Agency. He said that companies operating in Ghana’s oil fields purchased treated water from Cote d’Ivoire because of the shortage of treated water in the country.

Alhaji Dauda indicated that the Ghana Water Company Limited (GWCL) was losing substantial revenue in the oil sector as a result of this situation.

The proposed water treatment plant will be build at Essiama in the western region.

Major partners at the Jubilee oilfields include America’s Kosmos Energy and Anadarko as well as Anglo-Irish oil explorer Tullow Oil. Meanwhile, Ghana also has plans to build a second desalination plant in the country which will also be located in the western region.