Chinese firm ties up with Nigerian company to set up US$7.5 billion refinery 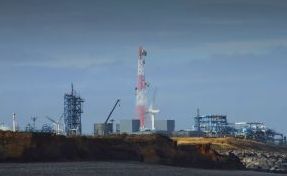 Agreement for the construction of the US$7.5bn refinery, which is expected to produce 107,000bpd, has already been signed by the partnering firms.

Member of the management team of Osabo Refining, Etim Effiong Okon, said, “The process for the procurement of requisite licenses to establish and operate the refinery had fully commenced. The community where the refinery will be located has donated 500ha of land for the refinery.”

According to Okon, the refinery will be expected to begin production within five years and would generate more than 10,000 jobs.