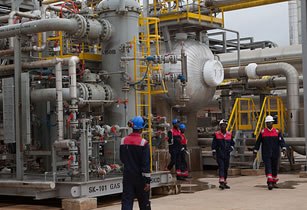 It was announced that on 9 November, Tullow Oil was to cut spending and production targets in West Africa

With the low oil prices, it has been a slow time for Tullow Oil in its new TEN oil fields off the shore of Ghana. Therefore, the company has lowered spending and has cut production targets due to a slower than expected increase in output from the TEN oil field.

The oil price weakness has effectively forced Tullow into making stringent cost cuts and scrap its dividend. Also, Tullow was forced to close the Jubilee field in Ghana, Tullow's prize oil field, for a month after sufffering severe technical difficulties.

UPI described Tullow as "on the verge of turning a market page," but would need to make these cuts in order to make a full recovery. Tullow CEO, Aidan Heavy, said in a recent statement that "As we exit 2016, we are well placed to begin the process of both refinancing and paying down our debt in 2017."

Tullow is to continue with its plans to resume drilling in Kenya in late 2016, and has already completed a geological survey in Suriname with offer opportunties to study in offshore Guyana, Uruguay, Mauritania and Jamaica, according to Reuters.