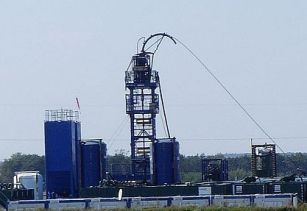 Dipuo Peters, South Africa's energy minister, has said that she is in favour of the country’s shale-gas reserves being tapped, providing the process is safe to carry out

Plans for hydraulic fracturing were postponed by the South African government as it studied the environmental repercussions of fracking, which is banned in Bulgaria and France.

The process involves blasting water mixed with sand and chemicals underground to free trapped hydrocarbons from shale formations and was recently linked to minor earthquakes in the UK.

“We are conflicted when it comes to the issues of shale gas,” Peters was reported as saying by Bloomberg.

“We have got to look at South Africa becoming self-reliant in energy resources. If extraction of the gas can be done safely, let’s go and do it.”

South Africa has the fifth-largest recoverable shale resources of 32 countries at 485 trillion cu/ft, according to a US Energy Information Administration study.