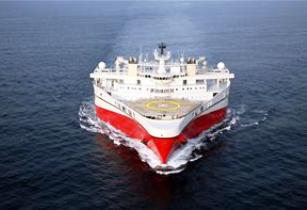 Petroleum Geo-Services (PGS) has announced that it is currently acquiring 2,300 sq km of MultiClient 3D GeoStreamer data over Blocks CI-506 and CI-507 for oil and gas reserves, offshore Côte d’Ivoire

The data will cover part of the western offshore Côte d’Ivoire, a frontier area within the larger Atlantic Equatorial Transform Margin, PGS said.

The technology will reportedly enhance exploration efforts by enabling better geological modelling with less reliance on well data, as well as improved prospect definition and identification, especially in frontier areas.

The Norway-based company added that it has also recently completed the acquisition of 1,500 sq km of MultiClient 3D GeoStreamer data over Blocks CI-12 and CI-501, offshore west African country. This data covers both shallow and deep water acreage.

Exploration offshore Côte d’Ivoire has historically focused in the East, where fields such as Lion, Panthere, and Baobab have proven a working petroleum system. However, as these fields mature, exploration is beginning to move West into analogous reservoirs in open acreage, according to industry reports.

Acquisition of the CI-506 and CI-507 MultiClient 3D GeoStreamer survey is expected to be complete in Q2 2014 with the first datasets available in Q3 2014.