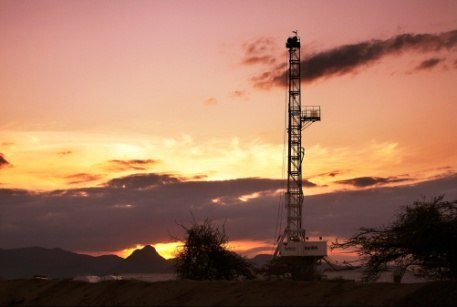 Ngamia-1, which is located on Block 10BB in Kenya’s Turkana County, has now been drilled to a total depth of 1515 metres and has revealed oil from multiple reservoir zones over a gross interval of 650 meters, according to Africa Oil.

“This oil has similar properties to the light waxy crude encountered in the upper reservoir zone,” said Africa Oil in a statement.

The well will now be drilled to a depth of approximately 2,700 metres to explore for deeper potential.

“Based on these results, we are working with our partner Tullow to source additional rigs and acquire additional seismic to accelerate the exploration campaign in this basin.

“Our goal in the near term will be to assess the size and extent of the potential of this newly discovered basin,” he remarked.

Tullow, the well’s operator, holds a 50 per cent interest in the block with Africa Oil holding the remaining 50 per cent.

Africa Oil’s stock has more than doubled since the discovery of oil at Ngamia-1 in late March 2012.

While it has yet to strike commercial deposits, the discoveries by the joint-venture partners at the well in Block 10BB in the Kenyan county of Turkana has increased exploration interest in the East African country.

Kenyan Prime Minister Raila Odinga has said it would be too early to speculate on Ngamia-1’s potential.

“Exploration campaigns can last several years and the timeframe from exploration to realising production revenue in an onshore environment is typically in excess of six years – we therefore remain cautiously optimistic,” Odinga remarked.