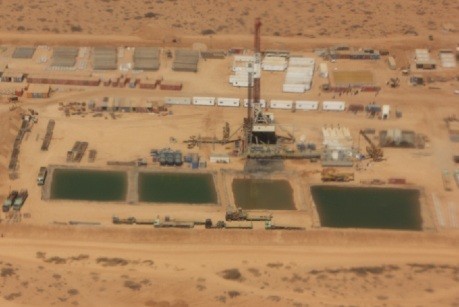 The well, the second in the firm’s current drilling campaign, has been targeting Upper Cretaceous Jesomma sands following good oil and gas shows in the Shabeel well 3.5km to the south.

Horn Petroleum president and chief executive officer David Grellman said, “The Shabeel North well will test the same reservoirs that appear to be oil bearing in the nearby Shabeel well.

“We would expect similar or better reservoir thickness and quality as we move deeper into the basin.

“The results of this well should help us confirm the extent of the petroleum system in the basin and, if successful, would be another step towards proving the economic potential of the basin,” he added.

According to Horn Petroleum, who has been operating the Shabeel North well and holds a 60 per cent working interest in the Dharoor and Nugaal Valley Production Sharing Agreements (PSA), said that drilling is expected to take 45 to 60 days to complete and will have a total depth of 2,400 metres.

Petrophysical analysis of downhole electrical logs in the Shabeel well indicated a potential pay zone in the Jesomma of up to 12 to 20 metres with an average porosity of 18 to 20 per cent.

The other working interest partners on the Dharoor and Nugaal PSA are Range Resources and Red Emperor, who each hold a 20 per cent interest, while Africa Oil Corporation holds a 51 per cent equity interest in Horn Petroleum.