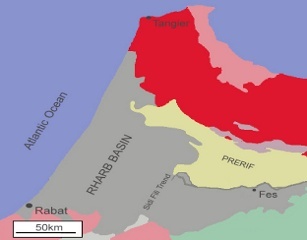 The company has confirmed a gas discovery in the Main Intra Hoot target and secondary targets available for future testing in the Mid and Base Guebbas sands. The well tested gas at a sustained rate of 4.0 mmscf per day on a 16/64" choke from the Intra Hoot. The perforated Intra Hoot zone of 17.9 m at 1,761.2-1,779.1 m MD has a calculated net gas pay of 11.6 m.

A full technical evaluation of all the results of the well is underway. This will allow for future planning as a precursor to further assessment of the resource, including conducting an extended well test to give a more complete estimation of the reserves.

In parallel, recent engineering testing of underground crossings of public transport infrastructure have been successfully completed as part of the construction preparation for the new 8-inch pipeline. Work on the pipeline is progressing in line with management's expectations.