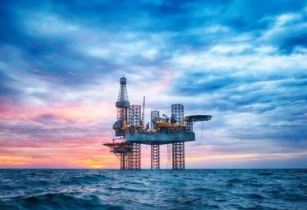 In spite of two major gas discoveries have been made in the MSGBC Basin, oil and gas companies are failing to capitalise on these significant resources, according to GlobalData

One reason for the lack of movement on the MSGBC Basin could be the Final Investment Decision (FID) that was made on the cross-border Tortue/ Ahmeyim LNG development in 2018, followed by the Senegalese development of the Sangomar oilfield in early 2020. These developments will bring the two countries into the world of oil and gas exporting and further world class discovered resources indicate major upside still to be captured in both countries.

Conor Ward, oil and gas analyst at GlobalData, commented, “There is significant potential in both Senegal and Mauritania, and so far, cautious investment has been made to kick-start smaller scale developments in both countries. In comparison, while there have been far larger discoveries in BirAllah and Yakaar-Teranga, little progress has been made towards commercial development of these fields.”

The world-class Yakaar-Teranga and BirAllah area discoveries hold approximate resources of 10-25 tcf and 12-60 tcf, respectively, of gas initially in place, enough to support their own LNG developments.

Ward added, “This significant resource base should be attracting far more interest than it currently seems to be. Despite mentions of potential development plans, little progress has been made by the participants towards FID. This slow movement could in part be due to the market impacts caused by the COVID-19 pandemic and the vast amount of capital that would be required to unlock these resources.

“In a time when companies are increasingly more careful with their budgets, and in an area where they have limited experience, it is likely that the participants will wait and see the success of Tortue/ Ahmeyim before making a concrete decision on Yakaar-Teranga and BirAllah,” Ward concluded.